Disneybound is a blog run by Leslie, a fantastically visioned individual, who posts inspirational (to say the least) outfit ideas that are inspired from Disney characters. Due to a follower who challenged herself last year to Disneybound (v. the action of dressing up in a way that is inspired from something related to Disney) every day in March, this challenge was started and I’m taking it on! (:

Argh matey! Today, I’m Captain Jack Sparrow. Jack Sparrow is wonderfully amusing and his character is fantastically whimsical with his “mad” means of escape and strategies. I had such wonderful fun wearing an outfit inspired from his.

This is my last second eyepatch I literally threw onto my face when Thomas asked for a more interesting pose. I’m serious….threw…I made the pose for a split second, he took the shot and I stumbled backwards and almost landed on my butt cheeks on the quite jaggedly stones. XD Point one hilarious moment.

To be honest, I’ve never really worn a headband before and this time it felt quite grungy and boho to do so. Really kept the hair out of my face. Really doing something new every time I do something like this. Haha. Another confession is that the “headband” is actually a cardigan that I have used many times previously. (: 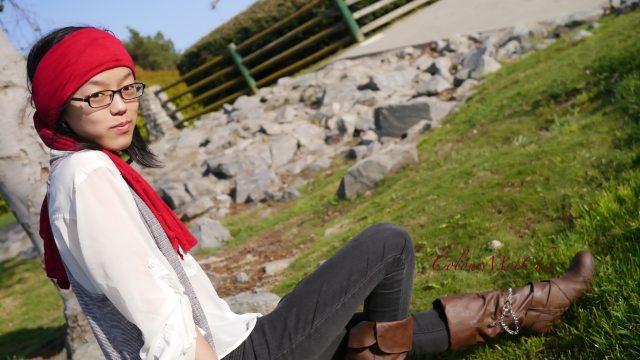 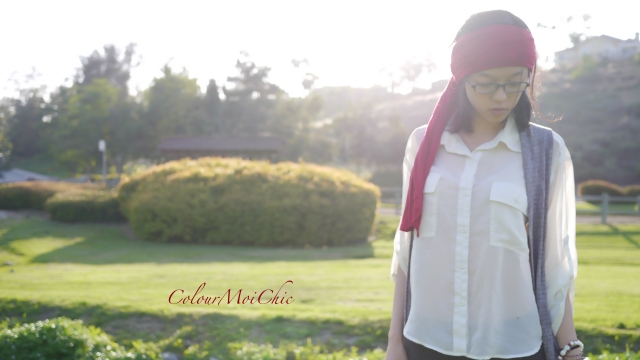